I was browsing Google Street View map of Sofia and found that when they filmed the city we still had a shop :-). Some of the pictures of Stefan Karadzha are newer, from August 2012, but some were shot in April :-). So while “walking” on the virtual Stefan Karadzha street near the theater there should appear our shop for a moment or two :-).

ТThat made me browse the old folders and pick up some “before and after” moments :-).
They were selling pajamas in the same shop before us and after us they started selling alcohol – both are more useful things 🙂
Before: 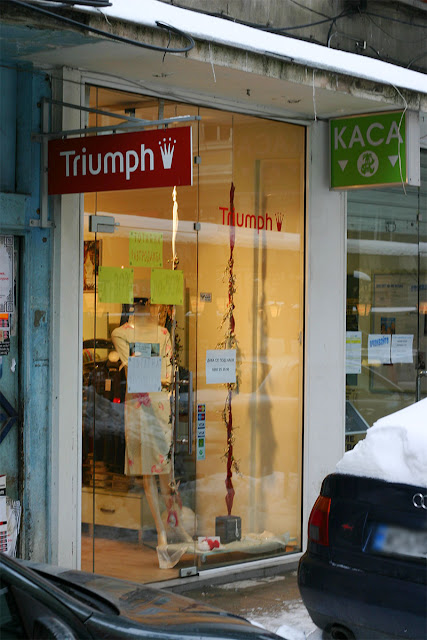 We made great efforts to cultivate the pot in front of the shop, to put flowers in it and make it beautiful: 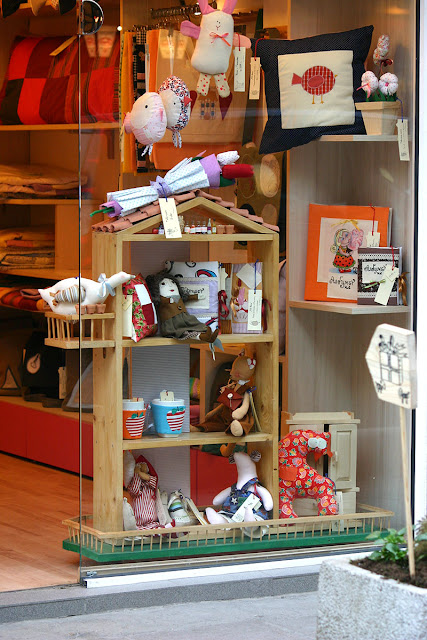 We made wooden boards with pictures on them but the children from the nearby school were constantly “stealing” them to play in the school yard. I made a lot of them and was able to do a new one in a few minutes :-)). I remember once a child returned one of those already “used” in the school yard wooden piece. I think they actually played football with it. The child brought it back to us because he had brought it home and probably shared the story of the object with his mother :-))
I had once a video from an evening when the shop was closed and you can see a local old man taking one of our flowers – he actually talked with people and was very calm for someone that is doing something inappropriate. I will try to find the video.
At some point I started decorating with textile flowers and textile trees.
On the last day of the shop we give those as a gift – I just put a notice for the people to choose and take one with them as a gift from us. People were so surprised that they asked if they can take them . People here are not actually used to have beautiful public areas and keep them beautiful, as well as receiving gifts for nothing in return . 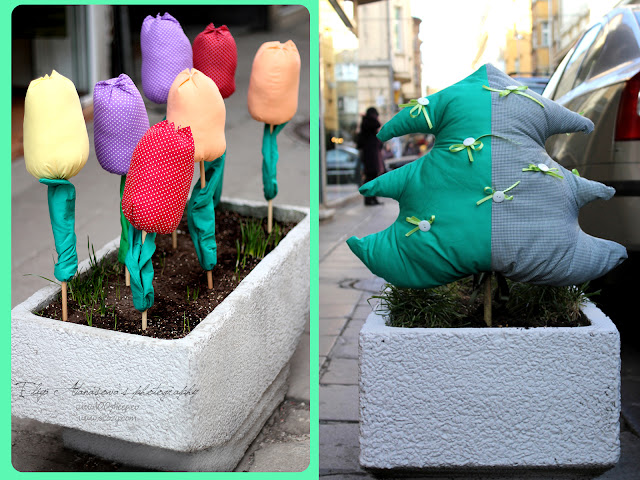 …
I am going to search for the video.

Promote Your Page Too